Teaching and Mothering: What My First Semester Teaching after Maternity Leave Taught Me 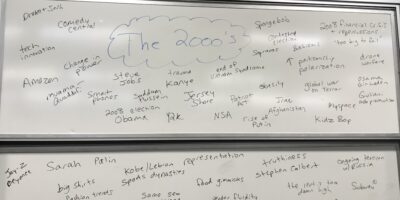 Teaching the Recent Past: America in the 2000s 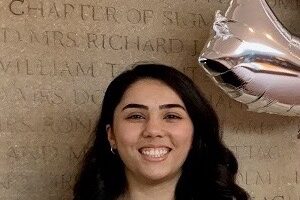 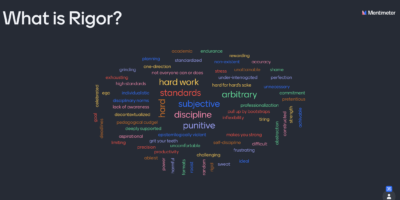 When my son was nine months old, I returned to Hunter College to teach my classes for the first time since I went on maternity leave. Having watched plenty of TV shows and movies in which the guilt-ridden mother leaves her child to go back to work, I felt that I knew what emotions and problems were headed my way. In media representations of working-motherhood, there is a near-canonical moment in which the mother learns that her baby walked for the first time in her absence, followed by her reaching an emotional breaking point. So I was expecting to feel tons of guilt and sadness come crashing down on me once I started teaching again, since I knew that my son would have a lot of “firsts” while I was not home.

What I did not realize, however, is that babies learn to walk really slowly. Those first steps happen so gradually that if you are at home with your baby at all during their waking hours at some point in the week, you will most likely see it starting to happen. My son has been walking since he was ten months old, and because it was so gradual, I cannot for the life of me pinpoint an exact moment when it all started.

Perhaps my amnesia this semester has had to do with the transition from being completely enmeshed with one person — and having my day contingent on that one little person — to being on my own and outside of the house, and having a surprisingly new sense of independence. Along with this new transition out of the house, however, comes a bizarre conflict in self-image: a big part of me wants to wear my new parenthood like a badge, since it is something at which I have worked extremely hard. In the first few months after having my baby, leaving the house without a pregnant belly or a stroller to push made me feel suspiciously unencumbered and free — almost like forgetting one’s bag somewhere — and simultaneously anxious about the average person’s perception of me as a non-parent.

This unsettled feeling dissipated as I became more confident in my parenting abilities, but for many months, my classroom was one space in which my anxiety was especially apparent. Since I have returned to teaching, one of the recurring questions I have in my own pedagogical self-reflections is whether to try to separate my teaching from my personal life and my identity as a mother, or to make this new part of me an aspect of my teaching and my relationship with my students. In many ways, this is a perennial question for all educators, and highlights the importance of defining boundaries in the classroom.

The student-educator relationship can enter the terrain of being emotionally enmeshed, particularly depending on the academic subject and the size and relative intimacy of the class. I have found this to be a common issue in teaching Women and Gender Studies courses when we are exploring materials that hit very close to home for many students, and that may bring up many of their own traumas. Particularly if a student does not have a good support system to rely on, they tend to search for an emotional attachment with their professor. While professors can play a vital role in a student’s support system in an academic capacity, crossing the boundary into friendship or a surrogate caregiver role not only intensifies the emotional labor associated with teaching, but also places students in the confusing position of emotional intimacy with a figure who has administrative power over them. As this is a somewhat common issue I have encountered while teaching pre-motherhood, I have found it extremely important to make clear the boundary between professor and mentor on the one hand, and friend or therapist on the other. Since having my son, it has been even more essential for me to emphasize that I am a mother, but I am not their mother.

Still, the experience of motherhood has enabled me to connect with my students in a different way than before. Prior to having my own child, I believe that I was already quite an engaged and caring instructor. What has shifted for me is the joy of watching my students learning — their movement from not considering an issue or concept to then seeing it click in their eyes, and having their understanding of the world altered thereafter.

The most gratifying moment for me in my Introduction to Gender and Sexuality Studies course this semester was when a self-proclaimed “bad student,” who noted that they had no particular interest in gender studies on the first day of class, suddenly seemed to light up when we discussed post-structuralism in the second month of the course. That seemed to be the turning point for this student, who from that point on, had no problem with engagement and ended up succeeding in the course.

My excitement in being part of this learning process has intensified since I have seen this mirrored in my own child’s learning adventures — from understanding what “yes” and “no” mean, to realizing that he is his own distinct individual capable of agency. Facilitating this lifelong learning process — during infancy in my own child, and during the intellectual development of my students during young adulthood — has also undoubtedly contributed to my own process of learning as an educator.

Emotional labor is a significant part of the job of educators. Relating to and working with students requires a great deal of emotional intelligence and empathy — something that most parents also have to learn, if they did not already possess it. The unique challenge of teaching while mothering is to set consistent boundaries in the types of care and emotional labor we perform. This blog series therefore aims to explore what might be called a “pedagogy of parenting,” and to make visible the process of pedagogy and the multi-dimensional forms of labor that go into teaching while parenting.

Portia Quiroz Seddon is a Ph.D. student in the Ethnomusicology program and teaches courses in music and gender studies at Hunter College.

Teaching the Recent Past: America in the 2000s