Teaching in These Times: The TLC’s Guiding Principles for the Academic Year 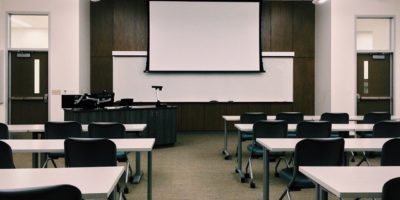 Transitioning from Face-to-Face to Online Instruction during COVID-19 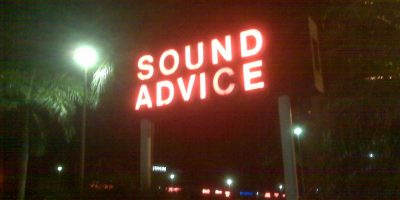 During the Fall 2018 and Spring 2019 semesters, a group of graduate students began to reflect on their experiences teaching language classes in the CUNY system, both as Graduate Teaching Fellows and as Adjunct Lecturers. Some had critically approached language acquisition, either as part of their academic research agenda or as part of professional interests complementary to their work as doctoral students. Others had learned to teach after they had entered the classroom through trial and error, and the generous comments of their peers. I assembled and participated in this Focused Inquiry Group (FIG) on the pedagogies of language instruction. FIGs are initiatives funded by the Teaching and Learning Center to support sustained reflections around a topic and the creation of artifacts that contribute to the scholarship of teaching and learning at CUNY and beyond. As a result of this year-long reflection, we present Teaching Languages@CUNY: A disciplinary guide, conceptualized and written by Joanna Birnbaum, José Chavarry, Michael E. Rolland, Inés Vañó García, and myself.

Somehow unintentionally, the makeup of this particular FIG reflected the state of language teaching at the institutional level: Within CUNY, there are scholars dedicated to research and implementation of language learning, as well as a large number of graduate students and adjunct lecturers who enter the classroom for the first time as teachers without experience or training. Both groups dedicate themselves equally so that their students learn a new language and pursue the promise of academic success and professional and personal benefits.

In our conversations, several constants about language instruction emerged. First, we perceived a lack of coherence between methodology and expectations: is it the objective of a language class that students achieve some fluency? Or, rather, is it to acquire certain specific grammar knowledge? Should students be able to speak, for example, about their daily commute, even if they make lexical mistakes? Or should they focus on learning to conjugate irregular verbs correctly?

Second, there was a manifest disagreement, collected from conversations with other instructors, about the role of textbooks in the classroom. Textbooks are expensive, often rely upon themes that do not relate to our students, and often require the use of online tools that, when used uncritically, can be more of an obstacle than a resource for learning. These are questions that continuously emerge in conversations with graduate students who teach languages, and they require us to question our own agency as instructors. We realize that our more critical approaches may generate conflict with the structures established by the different departments in the CUNY system.

It is from this place of inquiry that we seek to intervene through Teaching Languages@CUNY: A disciplinary guide that complements the more general work of the Teaching and Learning Center’s Teach@CUNY Handbook. We aimed to produce a text that focused on the experience of teaching within a complex system such as CUNY. We do not claim to be Second-Language Acquisition experts, and we did not set out to write a definitive text or a prescriptive methodology on how to teach languages. We relied on the questions that we faced as instructors of Spanish, French, and Italian classes. We attempted to identify valuable experiences through the work of programs, people, and initiatives, including The Institute for Language Education in Transcultural Context (ILETC), the work of Lehman College’s Beatriz Lado, the Language Pedagogy@CUNY: A Toolbox for all Language Educators Search, among many others) in order to contribute to the ongoing conversation. We aim to be a guide to broader conversations that occur around the Graduate Center and the different CUNY campuses where languages are taught, and to be a platform where these conversations can grow. Teaching Languages ​@CUNY is designed as an open text, accessible to instructors who come to teach with different degrees of experience, but also a “living” document that can be commented on, debated, and expanded (thanks to the features of Manifold), thus contributing to the changing needs of our community.

Luis Henao Uribe is a Postdoctoral Fellow at the TLC and a graduate of the Ph.D. program in Latin American, Iberian, and Latino Cultures at The Graduate Center, CUNY. He has taught language classes at CUNY, most recently at LaGuardia Community College as part of the Mellon Humanities Alliance.

Teaching in These Times: The TLC’s Guiding Principles for the Academic Year

Transitioning from Face-to-Face to Online Instruction during COVID-19