Authority in the Classroom (Once More With Feeling) 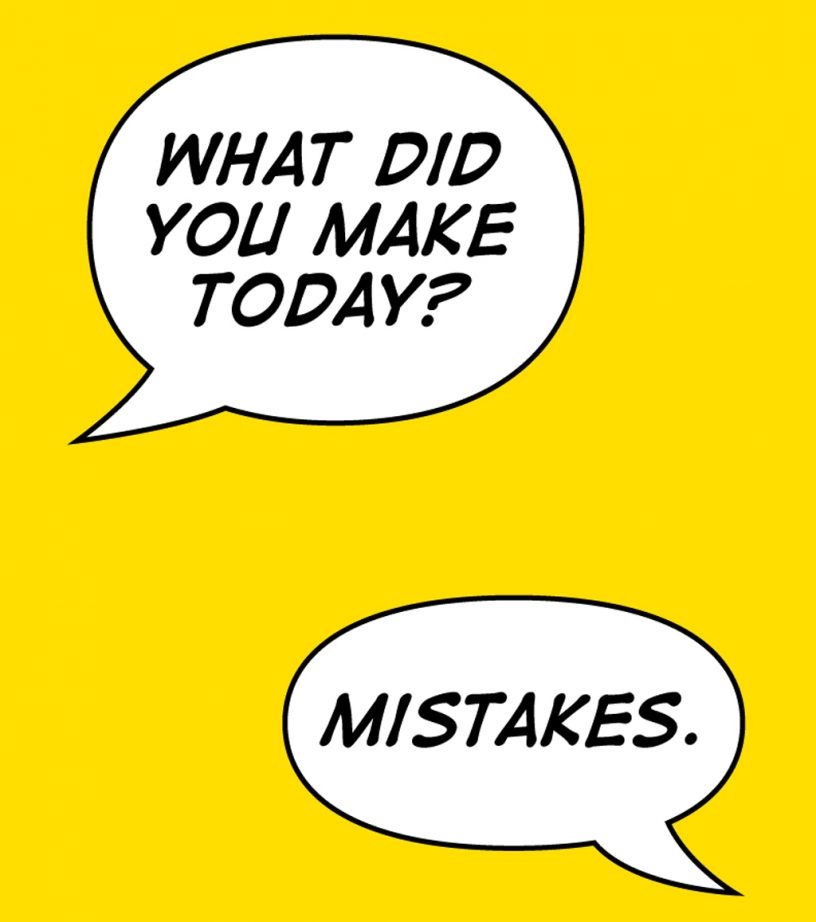 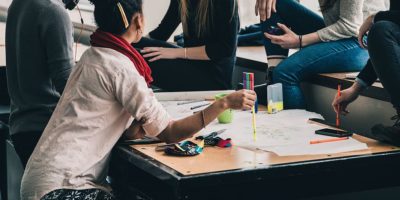 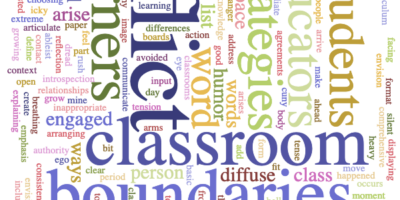 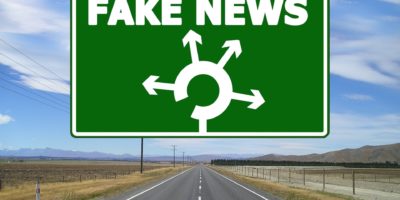 In my last post, I took a roundabout route to discussing  authority in the classroom by sharing an email exchange between myself and a friend. In this post, I’m going to take a similarly narrative approach; rather than offer advice about practical approaches to establishing classroom authority, I want to start by telling a story, and then reflect on it—in part, as a way of modeling my belief that reflection, rather than instruction, is a more useful growth practice for teachers.

This story starts as most major teaching fails usually do: with good intentions. I was teaching a literature survey for majors that covered “the period from the Restoration of King Charles II in 1660 to the death of Queen Victorian in 1901.” I didn’t just want to teach a traditional survey, however, but to do justice to the variety and complexity of voices usually left out of such courses. I had learned from previous courses that going for breadth was often unsuccessful because students just couldn’t keep up with the pace of the reading. With that in mind, I chose a more targeted approach: I devoted multiple class sessions to the writers I most wanted to explore in depth (Burney, Austen, and Eliot) and offered carefully selected excerpts from major (male) writers who represented the ‘canon’ in its most traditional iteration. I’m still not sure I did enough to address race and class, which we discussed primarily through the lens of gender. But this is all to say: I thought carefully and hard about what I was doing, and I’m still thinking about it.  I didn’t reproduce someone else’s syllabus (not that there’s shame in that!) or use one I’d already taught.  Instead, I tried to do something which for me, as a novice teacher, was relatively complex: express my scholarly perspective and methodology (feminist historicist) without alienating other perspectives.  In other words, I was doing my best.

And yet, on the first day of class, giddy with first-day jitters and getting a contact high off the clear excitement of my students, I dropped this bomb while casually rattling off some ‘stock’ literary history: “Lord Byron was famously kind of a slut.”

My students laughed and I kept talking, feeling for a moment that I had achieved that elusive blend of pop-culture familiarity and scholarly erudition that I had always so admired in my teachers (I know…it’s embarrassing).  A few moments later, however, as a student was speaking, my heart started to pound. I looked from student to student, meeting their expectant eyes. The class was mostly made up of women. Suddenly I had a sense of the way my own cavalier shorthand—“Lord Byron was famously kind of a slut”—might be affecting them. In the moment it had felt exhilarating to identify a famous literary man as a “slut”—fun to demean him, if I’m honest, in the same way that famous men often demean women.  To me, it had sounded like a knowing joke, but how different was it really from whatever Donald Trump was trying to communicate to his supporters about Hillary Clinton when he called her a “nasty woman”? My unexamined attempt at rhetorical revenge on men (as epitomized by Lord Byron, of all people) didn’t reflect my actual Feminist ethics. Furthermore, what sounded like an in-joke in my mind—the kind of thing my Victorianist girlfriends and I might say over drinks—might have sounded wholly different to my students. I had already told them that my goal was to reread English literary history through a Feminist lens, and then I had dropped a weirdly reactionary and judgey word-grenade in their laps.  That wasn’t who I wanted to be.

When there was a pause in the discussion, I stopped and said I had to own up to something. I can’t remember exactly what I said, but I told them I realized I had just used the term “slut” in a really shaming, offhand way, and that my comment did not reflect my real opinion about Lord Byron, sexuality, or the term “slut,” nor did it model the specificity with which I wanted them to treat language and literature. I explained that what I was trying to convey was that the cult of Byron’s personality was a fundamental part of his literary fame; the unconscious feeling I had expressed, without meaning to, was my annoyance that Byron was celebrated for sexual freedom while his female peers with similar sexual politics were punished.  I apologized, invited them to respond (it was the first day, so unsurprisingly no one felt comfortable enough to publicly critique me), encouraged them to meet with me privately if they wanted to discuss it, and asked them—most sincerely—to call me on my own internalized misogyny (or whatever it was that had reared its ugly head) if it ever happened again.

I’ve thought about this moment a lot, and not because it was such a spectacular failure (as I said in my last post, I enthusiastically try to practice self-forgiveness!)  Rather, I think about how well the class went that semester. Somehow, my massive blunder on Day 1 seemed to have made the group more comfortable, rather than less. Now that I get to teach classes on my research topic (sexual violence), I often begin my classes by telling this story as a way to demonstrate to my students that I know it’s hard to have these conversations and I know people are going to say things that they later consider “mistakes.” I ask my students to extend generosity for screw-ups to each other and to me. Weirdly, it usually works.

And so here I am talking about that moment again, and in a place where future job committees could read it, and could then know that I had once said this terrible thing. I’m willing to do that because I think what I learned from this experience is that—ironically—all your power as a teacher (such as it is) comes from your ability to be honest with yourself and your students, to acknowledge your own mistakes as readily as you call them on theirs, and to thus be a fully invested member of the community you are trying to foster.

Let’s say you were trying to teach a little kid to ride a bike, and you were demonstrating riding for them. And then something weird happened—maybe there was a rock you didn’t see, or you got distracted and lost your balance, and you fell.  Since you know how to ride a bike, and are comfortable in that knowledge, you would probably laugh, unconcerned that your young pupil might lose faith in you after seeing you flub the very thing you were trying to teach. Now consider that same scenario into the classroom. None of us teaches as easily, as instinctively, as we ride bikes (or drive, or knit, do whatever complex task we perform habitually). We can’t bear our mistakes because we’re terrified we don’t really know how to do the thing well to begin with. So, when we lose our balance in the classroom, we feel that we’ve lost our claim to be there.  But teaching isn’t like riding a bike. It’s harder, and it will never become rote (or at least, it shouldn’t) though it does become easier. Luckily, you don’t need that kind of perfect “mastery” to be a great teacher.

It seems counter-intuitive that telling your students when you know you’re wrong would make you feel stronger, but I can tell you from experience that it does. And even if you don’t feel stronger in the moment, I think you’ll be stronger (as an educator and as a person) and your students will trust you more as a result. My suspicion is that this strategy works because when you’re regularly honest about your limitations, you reveal your own strength.

I also suspect that the opposite is true, and that those who project strength all the time are almost always defending against a deep fear of weakness (we have a particularly ludicrous example of this in our current President).  Yet too often, we are still taught to establish “authority” in the classroom by creating the appearance of strength: by acting like someone who doesn’t have feelings and who has never made any mistakes.  Even instructors who intellectually reject this kind of infallible self-presentation can easily fall into this trap—perhaps because so many of our own parents and teachers presented this way in order to be perceived as powerful. But when we know that about ourselves, we can break that pattern.  We don’t want our students to grow up to be small-hearted and exquisitely defended. We want them to be open, relaxed, and comfortable in the world.  By letting yourself be that way in your class (which will require letting yourself be vulnerable but also standing up for yourself in turn) you’ll model that for them. It’s good for your students, but just as importantly, it’s also good for yourself.

Erin Spampinato is a Ph.D. candidate in English at the Graduate Center and a Contributing Writer for Visible Pedagogy.

Need help with the Commons? Visit our
help page Send us a message
Skip to toolbar